From 2014 to 2019 Progressive Systems worked in the Frame contract for social media and mobile applications development for Earth Observation ground segment and mission operations (Fast Prototyping). The Fast Prototyping contract aimed at enabling fast development of small (mobile) applications as well as software prototyping as a way to evaluate new technologies and concepts. This contract also pursued the objective of filling the gap between the general public and ESA by promoting the ESA’s Earth Observation (EO) missions and emergency and monitoring services, as well as by highlighting the importance of EO data for the scientific community.

Many mobile apps and software have been developed over five years:

During the project a collaboration with NASA on the development of the Web WorldWind framework and its use for building ESA demos and applications was also kicked-off.

Among the multiple activities one in particular had a great success among the general public: the Sentinel App. For this reason, the European Commission funded a new contract dedicated to the Copernicus Apps. The contract name is ‘Maintenance and Evolution of the Copernicus Apps for Mobile Devices’ and started in the 2017 and it is ongoing. The Consortium as well as the role of Progressive Systems remained unchanged.

Sentinel App increased its functionality becoming a multi-purpose tool for promotion but also a useful tool for the scientific community. Moreover, a new mobile App has been developed: the Copernicus Eye, to promote the Copernicus Services and the derived data provided by these services. 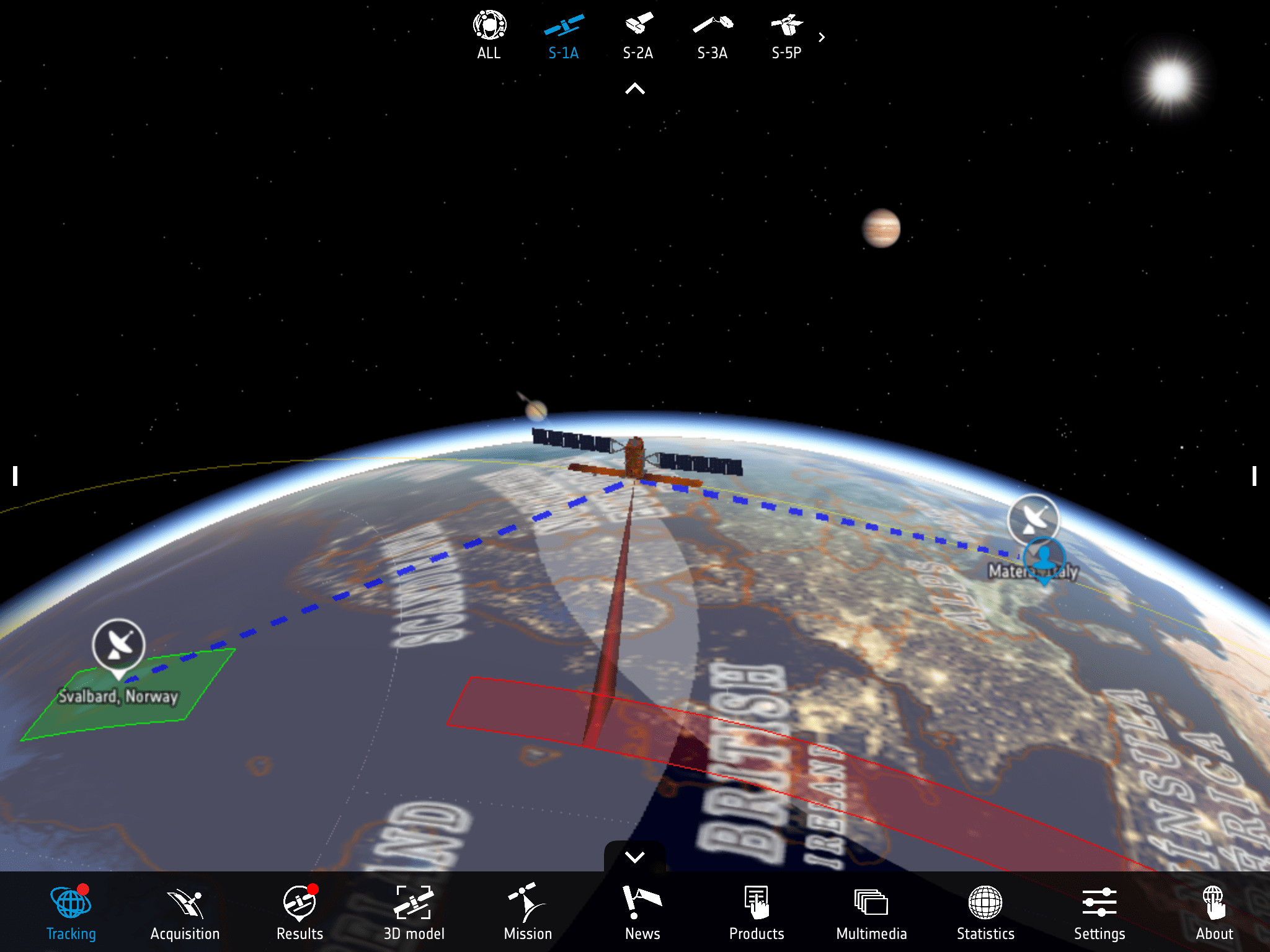